“China’s digital yuan is serving up a CBDC roadmap,” but look to Japan as well for leadership!

The 🔥MUST SEE🔥 panel discussion video and a separate 🔥MUST READ🔥 article will explain why China and Japan are roadmaps!

First, let me thank Global Government Fintech and editor Ian Hall for a beautiful article that highlights my contributions to the panel discussion on the digital euro!

The article covering my quotes is here:

The panel discussion was appropriately titled: “Digital Currencies in Asia: Lessons for Europe.”

In Q2 2022 Japan is progressing onto “Phase 2” CBDC testing even though it has not yet made a launch decision. This testing will include tests of anti-money laundering programs, protecting the privacy of the users, and ensuring that the CBDC ecosystem is safe from cybercriminals.

Let me give it to you straight: The European Central Bank has to look toward Asia for CBDC inspiration. 💥China, Japan, Singapore, and Hong Kong are where it’s at for CBDCs.💥

The ECB isn’t going to get any help from the US’s Fed. That’s more true today than a year ago when I wrote “Cashless” and proclaimed China a roadmap.

Asia is leading the pack with CBDC development and of course, China is the most developed of all.

So here’s the reality:

“I’m not saying that all CBDCs are going to be copies of China’s,” Turrin said. Yet, he said, many other countries would be looking to the “top-level decisions” that China has made on several questions since starting research in 2014, such as: “Do you make it single-tier or two-tier? Do you have interest rates on your coins?”.

And that is the truth!

It is also true that small changes in CBDC design can have profound outcomes, so there will be plenty of differences between the digital euro and other CBDCs.

“Hiromi nailed it, it was perfect. Let’s look at data and China. China is a model with corporate currencies, WeChat Pay and Alipay. Think of them as corporate money just like stablecoins.”

“The irony is that people don’t want CBDC because they believe it is a data disaster! In fact, CBDCs are highly protective of your data. Be aware that your data is better protected by the gov’t than by a private corporation that has every incentive to monetize your data! Just like WeChat and Alipay.”

Europe needs to look to Asia, and yes China is a road map! 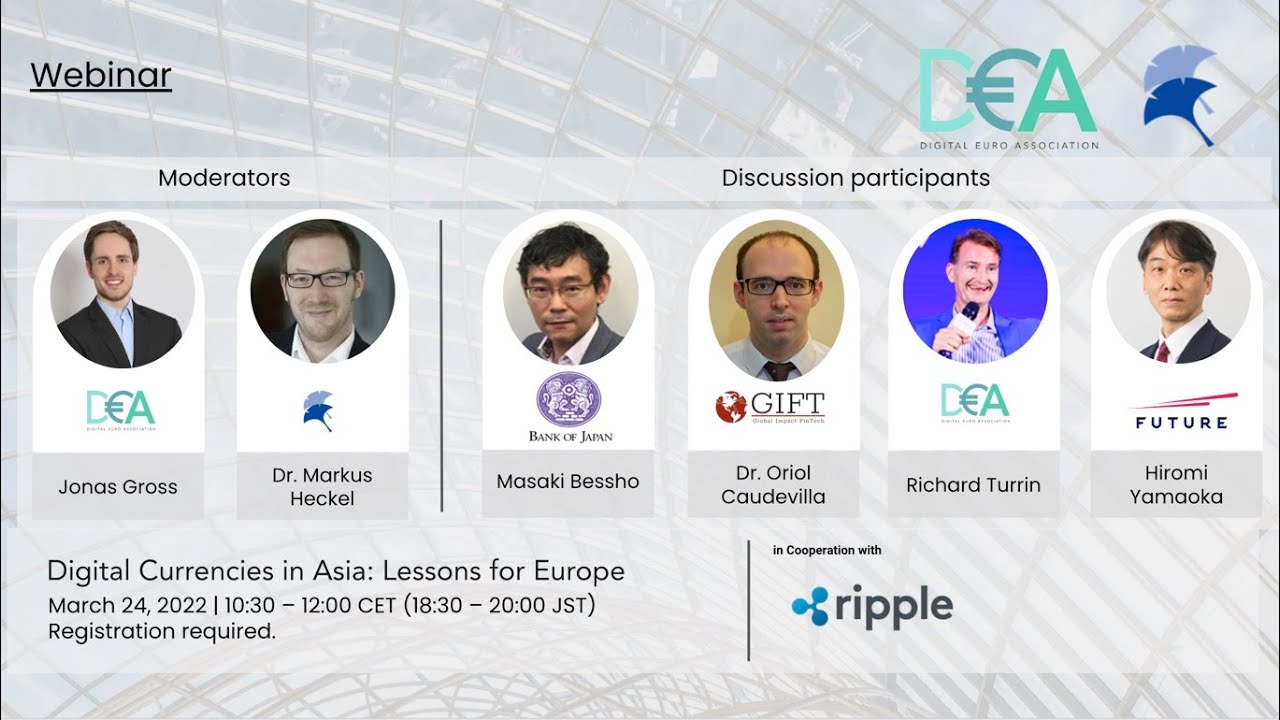