China’s Digital Yuan Today: Everything You Need to Know!

This is a one-hour “truth bomb” on CBDC that will clarify many of your questions!

Thank you to Tony Moroney, JB McCarthy and Paidi O’Reilly of the Digital Transformation Lab for the opportunity to talk about CBDC.

Timestamp and a few poignant moments:

If you watch nothing else….go immediately to 50:40 and listen to my breakdown on CBDC Privacy. I need to hear from you on this.

I’ve lived in China for 12 years and had the privilege of watching China go cashless!

It’s still in trial…that’s the most important thing! It’s not been launched at a national level. 250 million downloads of the new e-CNY app and it’s really a 5-star experience. True that people don’t spend a lot on e-CNY yet because it’s not accepted at many stores yet. Not a problem.

Absolutely! The PBOC knows the eyes of the world are upon them. They are meticulous because they need to get it right there is no need for them to rush. Testing is different in each province because the PBOC is testing different functions in each place.

🔹 11:45 Will the consumer drive the e-CNY to be rolled out faster, is there consumer demand?

The answer is funny, No. China already has great digital payment so the irony is that people aren’t clamoring for the e-CNY. Still, current payment platforms only have 50% of the capabilities that e-CNY has. Users don’t know what they’re missing because they don’t have it just yet.

🔹 17:50 Feedback from foreign athletes using e-CNY at the Olympics?

It was very hard to get a straight story on e-CNY use because the Western press called this the “burner phone Olympics.” So in general the Western press had little nice to say, the Chinese press, of course, interviewed athletes and they said they liked it. Who do you believe? For most athletes, the e-CNY was no different than a tap and pay card.

e-CNY is not about how you buy your coffee….no one cares! It’s for a future where “machines pay” where AI pays. That’s what e-CNY is all about.

Look at the big pink blob in the picture! (21:50) Asia is the undisputed leader in CBDC development. Look at the map!

87 countries worth 90% of global GDP are looking at CBDCs!

Yes the global rush to CBDC is amazing. China and India are launching CBDCs together 37% of the global population will have CBDC access!

Tony asks the best questions! There is no way the West can catch up. China has an 8-year lead and already went cashless with Alipay! China is a decade ahead. US doesn’t even have the research!

No China’s e-CNY doesn’t use blockchain it’s just not fast enough. China is huge needs up to 500,000 TPS and blockchain can’t handle that yet ….please don’t say Ethereum 2.0…not in production yet!

YES! That is it! Again the discussion is wrong, CBDC isn’t about coffee, but a digital future and we can’t even discuss this future! There are ways that we can use money that we haven’t even thought of yet. I give crypto a lot of credit for working on this.

Yes, someday. E-CNY is not designed to replace the dollar, but trade with China can be revalued to e-CNY and other countries in the BRI or RCEP will use it. The e-CNY can become a “regional digital reserve currency.”

The difference between the EU and UK/US acceptance of digital currency is funny because they are so different! EU is doing a great job.

🔹47:40 Is not having a CBDC going to be an impediment for nations?

Yes absolutely! We don’t know exactly how all these systems are going to interconnect but even without CBDC nations are looking at making transfers faster and cheaper just because of the threat of CBDC! T

Let’s break it down. Nothing can compare with cash! I admit this! That said, most of us don’t use cash! So comparing CBDC to cash is not fully honest. We need to compare CBDC to credit cards. Now, how private are cards? Card data is sold to data brokers and big data makes that privacy very weak. Right now you have low levels of privacy and we have hidden merchant fees! This is insane! Now with CBDC does the gov’t have all your data? No its a software product and the privacy you get will be a reflection of the society that you live in. CBDCs can be more private and cost less than the card system of today! CBDCs do not have superpowers.

The reality is that because sanctions are used so frequently with the SWIFT system countries are going to find a way around them. Nations are going to use CBDC to build sanction-resistant technology. Fintech is now a major geopolitical force! 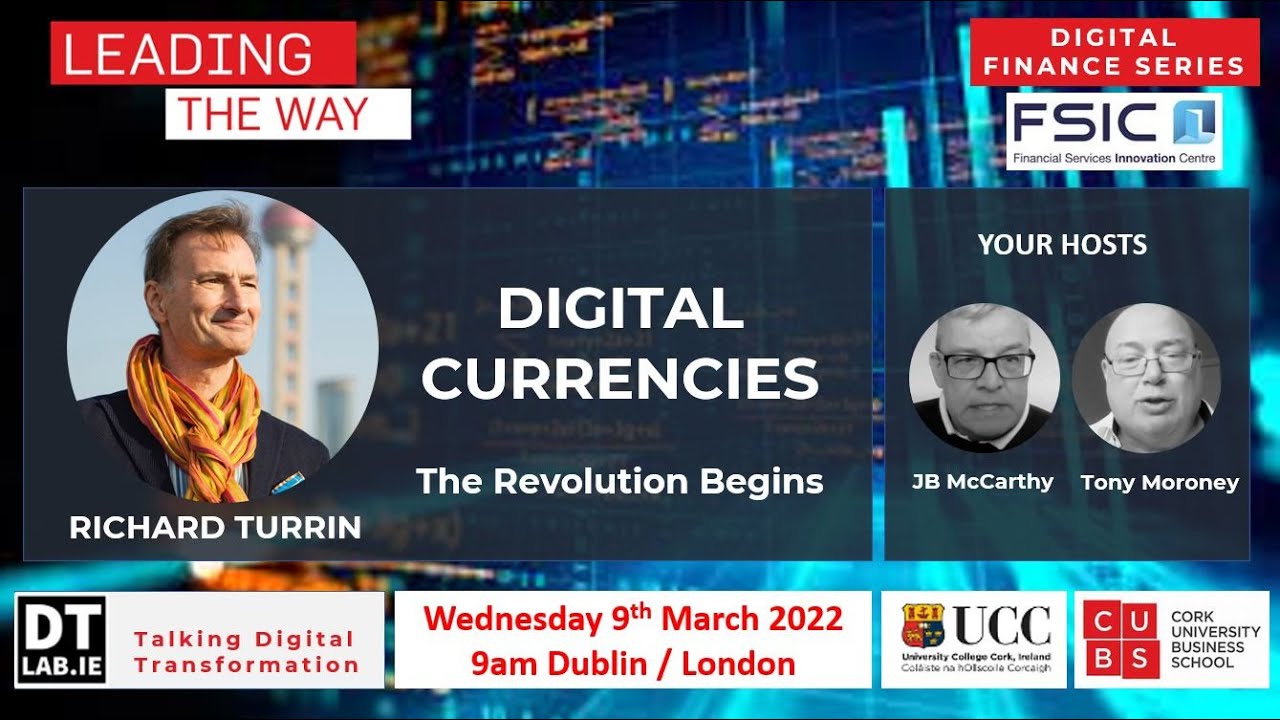