Pay Me! WeChat on Fire, While GAFA Stews

So, GAFA (Google, Amazon, Facebook, Apple) payment systems are back in the news again with Amazon’s pending entry into the market. Much like a trendy restaurant opening, the anticipation is palpable. And tables will book, given that one-third of Generation Z consumers (projected to account for 40% of all consumers in the USA by 2020) have shown their desire to make payments via social media. So the plot thickens. But are all servings created equal? According to the fantastic celebrity chef Samin Nosrat, there are four elements in cooking: Salt, Fat, Acid and Heat. To continue the foodie metaphor with our payment systems, it looks like someone turned off the gas under Apple and Google. Sure, Apple Pay and Google Wallet are the top two types of mobile payment methods used by SMBs in the USA (see graph below), followed closely by Android Pay and Samsung Pay. But they’re still on the slow boil compared with WeChat Pay, per Statistica’s results, as of August 2017 (see 2nd graph below). 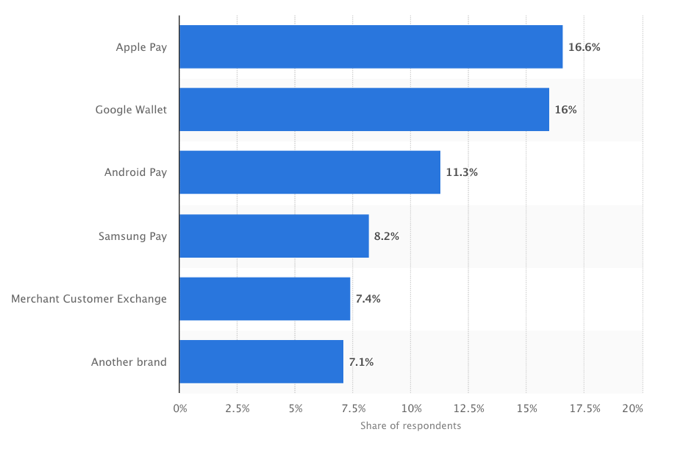 Most popular types of mobile payments accepted by SMBs

China’s dominant social media platform enjoys one billion accounts and is so widely used for everything from shopping to doctors’ bills to paying rent and cell phone bills that the Chinese jokingly call WeChat a public utility! With annual growth in user accounts reaching nearly 16% last September, and with more than 600 million unique users in China last year, the app has largely displaced bank payments and (much like Facebook Messenger elsewhere) emails.

Why? For starters, the platform can be linked to credit cards, debit cards and bank accounts, and used for free cash transfers, which in itself is not earth-shattering. But, if you are a WeChat user and want to pay for services and goods, all you need to do is use the platform’s QR code system. The store scans your wallet’s QR code on your screen, and takes payment from the linked account. Now, that’s a big deal. First, because it uses scanner tech that was already in use at stores to quickly gain market access. Second, because just about any low-cost smart phone can run the app for true democratization of electronic payments. Only a few years ago, I participated on a LinkedIn chat where QR codes were derided as irrelevant and useless in Western markets. Meanwhile I was using them to pay with WeChat on a daily basis. QR codes are not as sexy as the near field communication (NFC) tech built into the latest phones but it gets the job done without expensive hardware changes and is open to all. And that is the secret of the explosion in mobile payments in the past five years in China. Meanwhile, competitors in the West were still figuring out how to build walls around their contactless payments and modify POS systems to accept them. 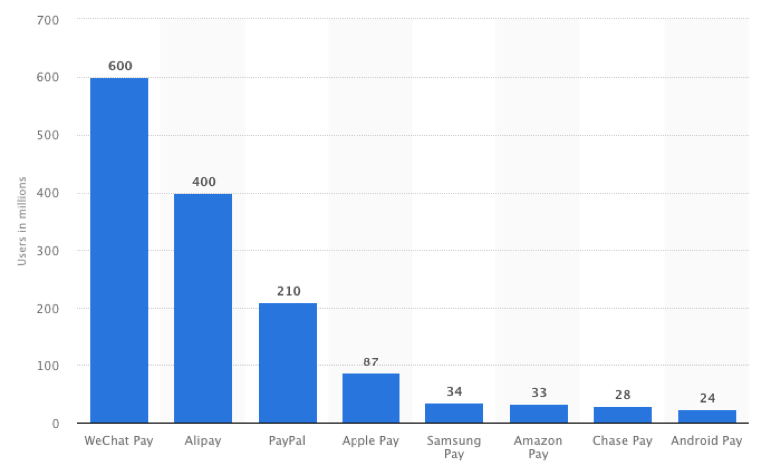 WeChat is ubiquitous in China. I have been using it for years in my home in Shanghai and witnessed its explosive growth first-hand. In fact, now I go weeks on end without touching cards or cash here. Alipay had first mover advantage and still bests WeChat for payment volume, but on the street and between friends WeChat edges its older rival. It’s easy to understand why; WeChat serves as China’s Facebook and LinkedIn. Without it your business and personal life would simply grind to a halt. I note with amusement my former employer’s demands to keep business conversations off of WeChat being ignored by most of the staff, because they simply couldn’t reach a client without it. WeChat’s white hot engagement mechanism is chat first, which allows the user to build trust of both the network and the counterparty, followed by payment. 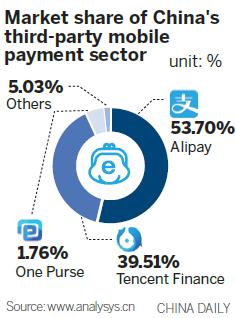 Alipay still dominates transaction volume in 2017 but this may change before long.

So here’s why WeChat caught fire and why GAFA payments are still a raw deal:

Easy integration into bill payment, here my electric bill, is one of the factors that made WeChat Pay take off. The magic of QR codes is that they are available to all for true democratization of e-payment.

If I sound like I prefer WeChat, I do. I’ve used other systems and now see a clear role for an independent 3rd party that is neither bank or phone provider. The first to roll out a system in the West that copies WeChat’s best features will dominate. Facebook is the obvious contender but its friend-to-friend payment system isn’t even in the running. Or maybe, better yet, WeChat will be coming West before too long. It has certainly earned the right. If you were able to try WeChat for a few months, and I certainly understand that it is not available to the majority of my readers, you’d see how limiting the GAFA offerings really are and why their low salt, low fat offerings are all smoke, but no fire. 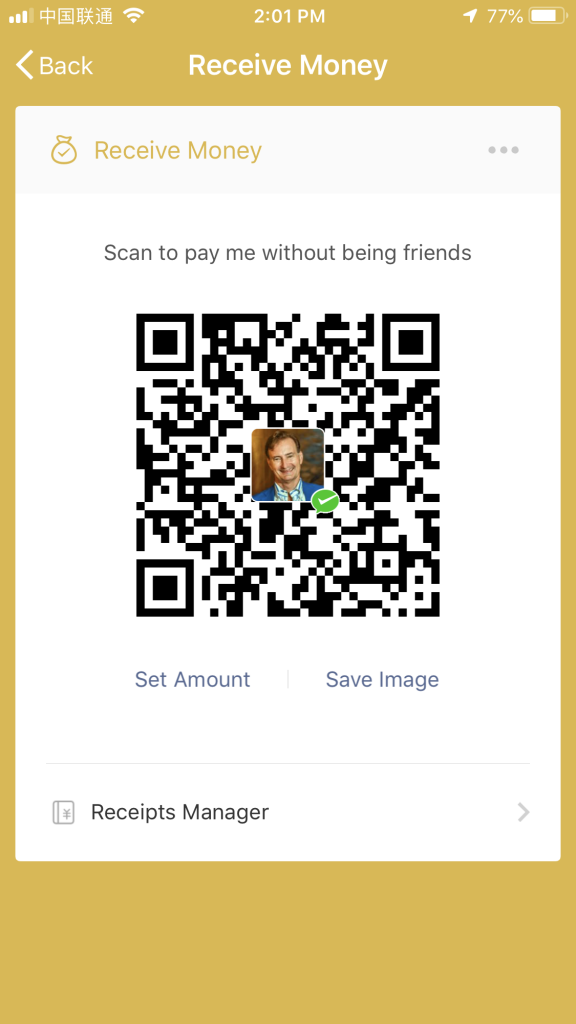 Print out your QR code and you’re part of the revolution. Which is why this tech works everywhere from my local dumpling shop to my high-end grocer.

Prometheus Brings Fire by Heinrich Friedrich Füger. Prometheus brings fire to mankind with his torch fired by WeChat Pay while he looks quizzically at GAFA companies wondering what went wrong.