Ant Group has conducted a thorough review of its operations and will fully align itself with national-development priorities across the next five years, said executive chairman Eric Jing in his first public comments since Chinese regulators suspended the firm’s US$37 billion initial public offering.

“If you’re going to be disruptive in such a heavily regulated industry as finance, there is a duty of care to be transparent,” said former IBM executive Richard Turrin, who is writing a book on fintech in China. “Jing’s comments are exactly what the market needs to hear, and they are Ant Group’s first step in getting its IPO back on track.” 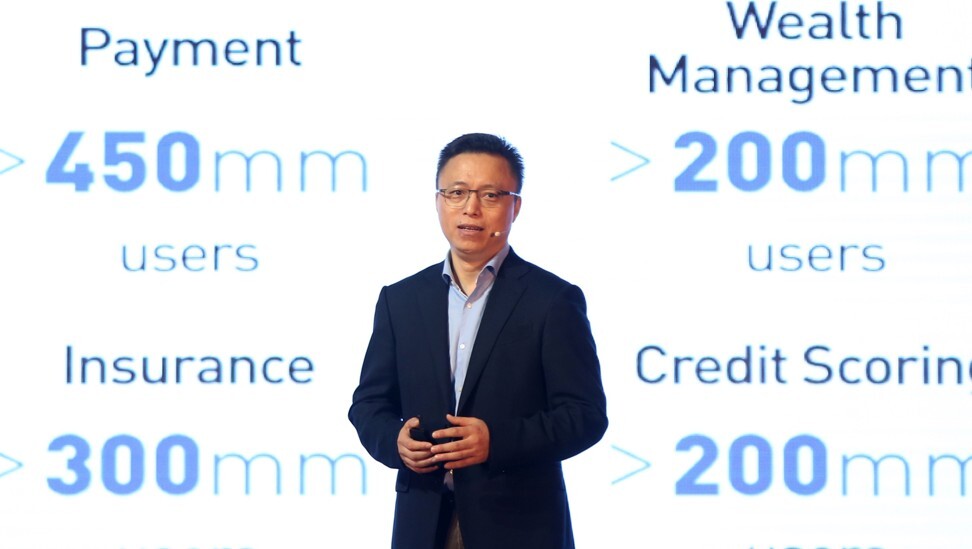 Eric Jing, then president of Ant Financial, as the group was then called, at a press conference in Hong Kong on November 1 2016. Photo: Xiaomei Chen

Jing, who is also a major shareholder in Ant Group, said that the operator of China’s largest payments app, Alipay, has been managing the aftermath of the failed listing plan during the past month, under the guidance of the regulators.

Hangzhou-based Ant Group has been complying with regulation and listening carefully to public opinion, including the criticisms said Jing. He compared the group’s introspection since the IPO debacle to “conducting a body check-up”.
Regulators have made scathing comments about lending practices by fintech players in recent months.

Guo Wuping, director of the consumer protection bureau at the banking and insurance watchdog agency, wrote in an opinion article saying that Ant Group’s two lending units businesses, Huabei and Jiebei, were similar to credit cards and

suggested they should be regulated as such.

In what appears to be a recognition that even privately owned companies must put the public good before shareholder returns, Jing said the company’s “goal is to make financial services not only more accessible but also at lower costs for our clients”. 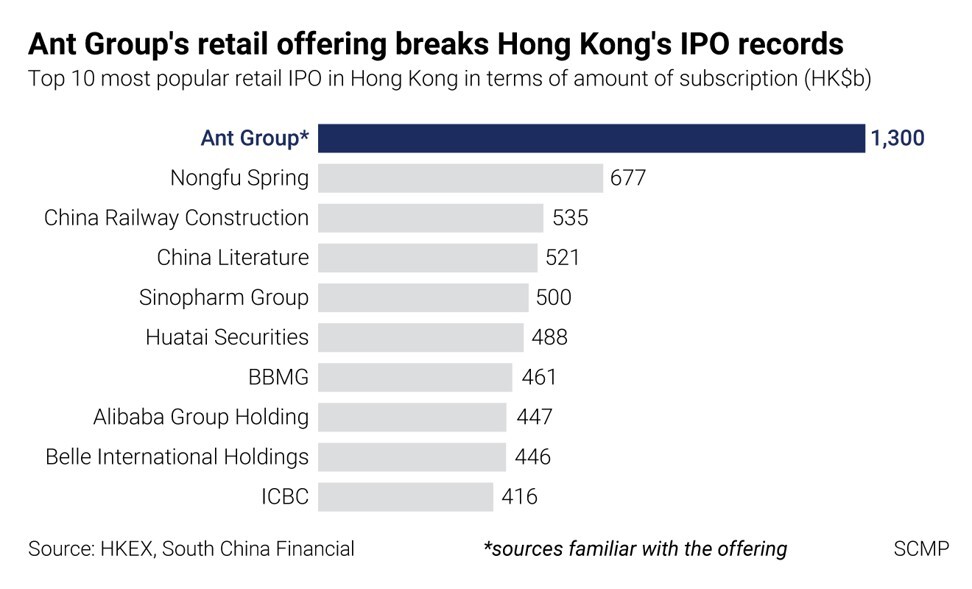 SCMP Graphics
Globally, regulators are still catching up with the boom in digital finance set off by the coronavirus pandemic, when millions of consumers turned to online financial services to avoid catching the virus in shopping malls or bank branches.

Regulators fear that the dramatic shift online may destabilise financial systems and their backlash is gathering pace. The University of Cambridge surveyed 118 authorities, and almost three-quarters of them said they had accelerated or introduced initiatives on digital infrastructure this year, while 58 per cent said they had boosted regulatory and supervisory technology.

China traditionally allowed start-ups to flourish and experiment with business models as they furthered the government’s goal of spreading financial services in rural regions. To be sure, there were periodic crackdowns, such as on peer-to-peer lending in 2016. 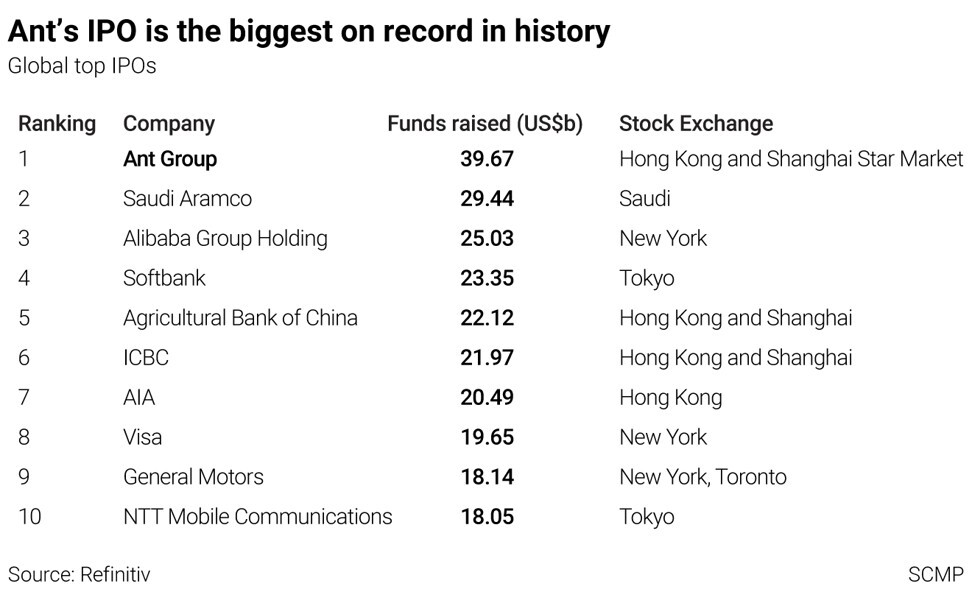 This time around, China is leading a broad assault on the industry, stamping out monopolistic behaviour and fending off systemic risks.

“It’s the right time for Ant Group, and Alibaba in general, to be contrite and make sure their business model is towing the line,” said Zennon Kapron, founder of Asian financial services research firm Kapronasia.

Jing noted the close relationship between sustainable financial development and regulation and said that as a first mover, it had often had to feel its way. He also noted regulators’ fears

about fintech’s potential to spread chaos throughout the financial system and said the firm will pay close attention to regulators’ guidance.
“Recently, we at Ant Group have spared no effort in studying the 14th Five-Year Plan, and the government’s policy insights into financial security and financial stability,” Jing said in his speech, delivered in Mandarin Chinese. An Alipay QR payment code hangs above a stall for customers to scan with their smartphones to make electronic payments for items on the spot, at a market in Beijing on November 3, 2020. Photo: AFP
Jing’s speech stood in sharp contrast to the combative statement by Jack Ma, who co-founded Ant and controls 50.5 per cent of its voting rights, at a financial conference on October 24 in Shanghai. Jing’s speech appears to herald a more sensitive approach to policy concerns.
“Ant will definitely continue to improve itself, enhance its sense of the big picture and its responsibilities, consciously integrate corporate development into the new development landscape and new regulatory environment, and respond to the requirements and expectations of the country and society with actions,” the executive said.

“Transparency in digital finance in China has been lacking over the past decade as the industry has developed and a key aim of the government has been to increase transparency so that they can better manage fiscal and monetary policy,” said Kapron.

To be sure, there was much in the speech that pointed to business as usual. Jing vowed to keep Ant Group at the cutting edge of fintech by continuing to invest in cutting-edge fundamental technologies, such as databases, blockchain, smart risk control and smart security.

Ant Group will also continue to focus on serving small and micro enterprises and business owners, and providing digital financial services to support the development of agriculture, rural regions and farmers.

“Eric Jing is committing to greater transparency with both the regulators and banks. This is not to say that Ant will stop being innovative,” said Turrin.

Quotes in S&P Global Market Intelligence: Digital yuan poses threat to Alipay-WeChat online payments duopoly
Next Post: Featured in SCMP: “The PBOC has everything to lose if it rushes and everything to gain by doing it properly,” said Turrin.