The 9 Best Insights From The Braintrust 2020

My contribution was an observation of why China’s fintech market looks so different: 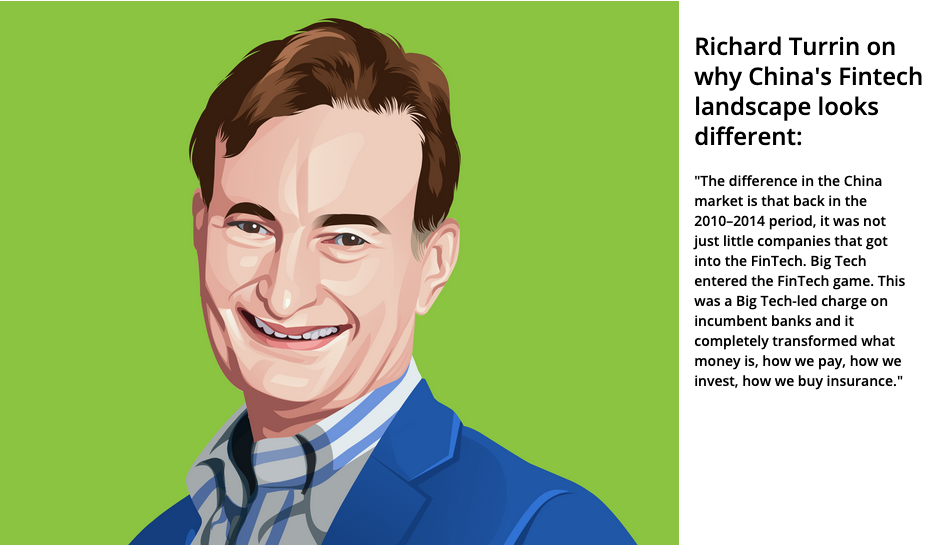 Unifimoney: You’re based in China — how does the Chinese financial startup scene compare to and inform your view of the neobank/FinTech startups in the States?

Turrin: That’s a great question. I’ve lived and worked in China now for ten years and it gives me a very different view on financial technology. Most experts say that China is somewhere around seven years ahead of the U.S. and Europe in financial technology, which is a substantial lead. Living here while having one foot in the United States, that’s very clear to me. We’re cashless here in China. We have digital services that the West can only dream of right now. So, when we look at the startup scene here, it’s also very different because it’s evolving along very different lines. Let me explain.

Post 2008 Financial Crisis, the Big Banks mostly took their eye off the ball of digitization. They were facing solvency issues and licking their wounds following a major profound crisis. Digitization was not top of their agenda, so that fell to a different set of companies. When we think of FinTechs, we think of small companies who have spurred digital transformation within large incumbent banks. But we think of the little guys; these are small companies who sometimes make it big.

The difference in the China market is that back in the 2010–2014 period, it was not just little companies that got into the FinTech. Big Tech entered the FinTech game. When you look at WeChat Pay and Alipay, you’re looking at the Google and the Amazon of China; in 2014, they were both granted banking licenses. This was a Big Tech-led charge on incumbent banks and it completely transformed what money is, how we pay, how we invest, how we buy insurance. Every segment — Insurtech, investment technology, and FinTech — have all been changed and revolutionized here in China.

Now, where does that leave startups? There are many, many startups in China who are trying to change the FinTech world. But they do it from a different perspective. Whereas American companies have to launch a platform and start from scratch, what you’re seeing in the startup FinTechs in China is that they are starting on a platform. They’re bringing financial services to platforms where there is already a tremendously large number of users, like WeChat Pay or Alipay or Douyin. It’s up to the users of that platform to decide whether their idea is going to sink or swim. So, the startups are there in both places, but how the startups are framing and pitching their business is remarkably different.